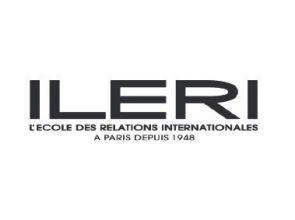 “Ukraine does not have a rule-of-law state”

Envoyer à un ami
The Robert Schuman Foundation is one of the few European think tanks that systematically pays attention to Ukraine’s affairs. Its president, Jean-Dominique Giuliani, has personally come to Ukraine on a number of occasions. In his interview for The Ukrainian Week he looks at how Kyiv has failed to meet the standards of a rule-of-law state and offers his view on the persecution of former members of the government in the country.

U.W.: Mr. Giuliani, the Robert Schuman Foundation and you personally criticised political trials in Ukraine on numerous occasions, and now you have come out with a public call to boycott Euro 2012…

Our organisation, whose foundational goal is to promote the ideas of European integration, is indeed closely watching events in Ukraine. I was in Kyiv in the spring. Yulia Tymoshenko, Yuriy Lutsenko and Valeriy Ivashchenko were already behind bars. I met with a lot of very different people, and I grasped, in talking to a Ukrainian official, that he does not have a clue about how intolerable this disregard for the principles of the rule of law is for us in the European Union. Members of the last orange government are charged under the articles of the old, Soviet Criminal Code which should have been revised a long time ago. Sentences in their cases are perceived by the European Union largely as political manoeuvres. MPs from the ruling party whom I had a chance to talk to in Kyiv did not conceal the fact that the government was settling accounts with its predecessors in this way. The European Union cannot turn a blind eye to such actions.

U.W.: Suppose that Viktor Yanukovych’s team decides to salvage the image of the country and improve relations with the Western world and immediately finds an excuse to release Tymoshenko and Lutsenko on the eve of the championship. In your opinion, would this demarche help start negotiations on the Association Agreement and the Free Trade Zone Agreement between Ukraine and EU from a new page?

The standards of the rule of law are being systemically violated in Ukraine today. Hasty, decorative actions will not fix the situation overnight. It is not only about the future of Tymoshenko and Lutsenko – it is about the future of an entire country. European MPs, politicians and activists of Western civil society have already formed their views. I love Ukraine; this country has truly wonderful people, excellent resources and absolutely European, enterprising youth. But I regret to say that Ukraine does not have a rule-of-law state, and power has been usurped here even worse than in Russia.

U.W.: In one of your recent publications on Ukrainian topics you called on European states to deny entry to Ukrainian officials. Do you believe that a sanction like this may become a reality?

Yes, indeed. We were among the first to start talking about possible sanctions. I have learned that the Polish Foreign Minister has also spoken along the same lines. On the level of the European Union, the possibility of blocking the bank accounts of high-ranking Ukrainian officials is being discussed. The Ukrainian government smiles nicely to everyone, while at the same time blackmailing Europeans and hoping to play on the contradictions between the interests of various EU countries. This is the wrong calculation to make. The European Union is completely united on two topics: human rights and the rule of law. Of course, Poland has a somewhat special position, because it is your closest neighbour. But Warsaw is in agreement with the other EU members on foundational issues.

U.W.: Ukraine will hold parliamentary elections in October. Do you think that many EU citizens will come as observers?

I am sure that yes, there'll be many of them. There are virtually no serious elections in the world that take place without European observers, who are considered specialists in election law.

U.W.: France has elected a new president. Can we hope for continuity in the way Paris views the situation in Ukraine? Your former minister of foreign affairs publicly denounced the political trials in Ukraine on a number of occasions, and French Ambassador-at-large for Human Rights François Zimeray came to Kharkiv twice, hoping to obtain a permission to meet with Tymoshenko…

Of course. The tone may even become more critical. At one point, Europeans supported Poland's initiative to host Euro 2012 together with Ukraine. It was a diplomatic gesture during Viktor Yushchenko's presidency. But with time we saw that the domestic policy the Ukrainian government was practicing was much worse than anything we could imagine. The tone of communication became harsh. In my opinion, the future left-wing government of France will be even more demanding in pressing for human rights to be honoured.

U.W.: Is it true that during your last visit to Ukraine you submitted an application asking to meet with Tymoshenko?

Yes, I did so out of principle. But I got a refusal, like almost everyone else. This situation is unacceptable. It is not only about the future of Tymoshenko, a leader of the Ukrainian opposition, but also that of all other Ukrainian political prisoners. I can assure you that as long as Ukraine's domestic policy remains unchanged, negotiations on the free trade zone will not move an inch.

Link to the interview